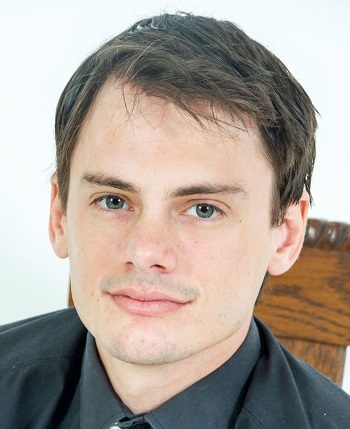 Luke Draper (BaPVA Hons. Wits 015) is a performer, theatre technician and game designer who founded Hero Entertainment in 018 with the purpose of redefining play and merging arts and technology together specialising in mobile game development and Augmented Reality (AR).

He has produced games such as RapSteady that made it to the number 1 spot on the Apple Appstore in the music game category and has created an Instagram filter portfolio that as of today, has been seen by 9 million people, with its most popular filter being “Musical Theatre Roulette”. As well as a proudly South African filter “How Kiff Are You?” created for local artist The Kiffness.

During the pandemic he acts as the Technical Director for South Africa’s theatre based streaming network, &SCENE (www.andscene.live), competed internationally in Hackathons and Game Jams and has started an online gallery www.indieartafrica.com (Which achieved a nomination for the Roshgold Young Business Achiever Award 01) all with intentions to jumpstart the South African arts sector.

He has had projects shortlisted for the Huawei Innovation Awards in 00 and won Best Gaming Solution at the MTN App of the year awards 00. Currently he is involved in the MTN young developers programme as well as the Global Young Innovators programme, where 30 innovators from South Africa and 30 from the UK work collectively for 3 months on creative problem solving solutions.

Projects on the horizon include working with the Art and Technology institutes in America as well as creating educational materials for the Two Oceans Aquarium funded by the Global Young Innovators program with his co-developer from the UK.

I honestly think South Africans as problems solvers are built differently and we donâ€™t give ourselves enough credit for it. If you can meet deadlines where half the time we donâ€™t have electricity or a reliable public transport system, coupled with hig