Driver of all Geekulcha operations while driving the NCDev Ecosystem vision.

Tiyani is inspired by the endless possibilities, the will and strive for impact by the South African Geek Culture. 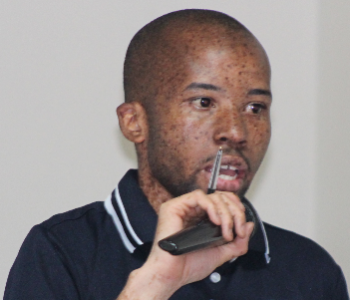 Tiyani Nghonyama is a qualified Computer Systems Engineer and is a Founding Member, Director and COO of Geekulcha, and Strategic Lead of the Northern Cape Developer (NCDev) Ecosystem. In 2019 he was named 41st IT Personality of the Year by Institute of Information Technology Professionals South Africa in annual President's Awards.

In 2015, he created the Geekulcha Student Society programme at Sol Plaatje University. The programme has now spread to 18 campus in 6 provinces in the country. The programme builds Tech and Innovation Leadership capacity on campus with a mandate of student innovation support, STEM in community drive, civic innovation development and Female Geeks empowerment.

Throughout his career, Tiyani had wished and aspired to be included in history books. It was an absolute thrill for him to be included in the London’s book, Creative Superpowers, which highlights his work in the IoT/Makerspace scene in South Africa and also included the various programmes.

He has been invited to the South African Parliament by 3 Ministers, 3 times for his work in apps for social activism, public sector innovation for enhanced service delivery and information security skills capacity building.

Tiyani is proud of his role in Public Sector Innovation development including:


In 2019, Tiyani got appointed into Open Data South Africa Steering Committee which seeks to support the country’s action plans in the Open Government Partnership. Tiyani’s journey in the Open Data space began in 2015 and he has been involved in driving these programmes:


Sees himself as compatriot of the country and answers to the country’s call in time of need.

Tiyani has led the development of apps such as the We Are Africa app for Anti-Xenophobia campaign by the Department of Science and Technology, ZiRRA app for anti-racism by the Ahmed Kathrada Foundation, and others.

a) Tiyani created the SkateHacks initiative which had been integrated as part of the Skateboarding World Championships - taking coding to skateparks. Gets local geeks and young minds to build smart tech for skateboards.

b) Since 2016, he has integrated Makerpaces as part of South African Hackathons for IoT projects development and enabled the creation of a number of startups c) Conducts trainings on SqwidNet IoT tools based on the Sigfox Network such as the IoT University Challenge, at Hackathons and schools programmes.

In 2019, he got appointed as an Ambassador of Sigfox in South Africa, a mission to enable IoT startups and help build IoT capacity on the Sigfox Network.

Tiyani is one of the Coaches for the Red Bull Basement’s IoT startups incubation programme. He has driven programmes like Arduino Data South Africa which champions creation of IoT startups on the ground. This has now been complemented by Geekulcha’s seasonal Dev Days launched with Minister Stella Ndabeni Abrahams in December 2018.

Him and his business partner, Mixo Ngoveni, have pledged to never shy away from being on the ground and commit to building a Geek Culture of Sustainable Innovation in the country. It’s great seeing local talent gain skills through Hackathons but greater joy comes from seeing them pursue their innovation and scores have gotten hired through Hackathons. “We hackathon differently” - providing a pool of skills for work or collaborative opportunities.

The Future of the Geek Culture in South Africa

He believes that a greater method to addressing skills capacity growth is by starting at a very early age, thus created a Future GeekStars program to expose and equip youngsters with the right skills for the ICT industry. With this, in July 2014, he created the Geekulcha Vacation Work programme.

In 2016, Geekulcha through leadership by Keitumetsi Tsotetsi (CIO) and Tiyani took a stance and drove a Secure By Design movement onto the local Geek Culture ecosystem. The following are the results and hands-on actions taken:


Some light moments to highlight in his career:

The Geekulcha Student Society (GKSS) is aimed at getting students into Tech and Innovation Leadership for students on campus in generating an understanding of the digital environment, becoming inspired, and enabling life-changing innovation.

Future GeekStars is an initiative that was officially launched 06 October 2014 at The Innovation Hub. It is used as a platform to monitor the progression of learners from high school to tertiary level and then to the job market so that the transition is made easy.

A platform for all things Tech and Entrepreneurship in the Northern Cape, SA. Building the Developer/Maker Momentum.

The #SS19HACK has become a proud initiative for ITWeb and its supporting partners. It is a favourite amongst technology experts and up and coming tech enthusiast.

To mark South African youth month, Geekulcha has names top 15 young geeks playing a role in igniting and developing the tech capacity in the country.

The initiative was created in 2017 to showcase and assess the health and state of geek culture or digital capacity in South Africa.

Created in 2014, Geekulcha Makers is part of the Geekulcha efforts in building capacity in the Smart Growing World portfolio aimed at giving a platform for electronics students to connect, learn, share and put skills to real use.

MTN App of the Year

The MTN App of the Year Awards is a champion of app development in South Africa; celebrating local talent and out-of-the-box thinkers that drive disruption and change.

The Water Research Commission (WRC) was established in terms of the Water Research Act (Act No 34 of 1971), following a period of serious water shortage. It was deemed to be of national importance to generate new knowledge and to promote the country’s water research purposefully, owing to the view held that water would be one of South Africa’s most limiting factors in the 21st century.

THE HACKATHON IS SET FOR: Solving technical problems in new and innovative ways. The approach of a hackathon is very constructive, and young programmers work to solve real problems and create a useful and tangible solutions during these events.

The Geekulcha Hackathon is an annual event that takes places for Africa developer ecosystem. It’s a 42 hours challenge that gathers different students under one roof so they can solves challenges using technology.

We need to collective prepare and build capacity for the future. War On Tech must be a thing of the past, this will require a strong digital culture and enablement for all. 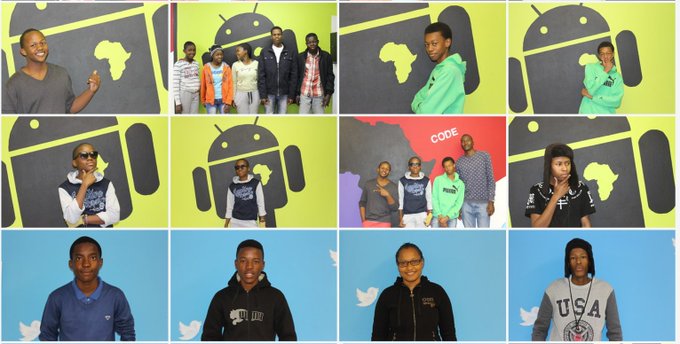 Tiyani Nghonyama has been with Geekulcha since 2013 and has been implementing the vision.

Get in touch with Geekulcha lead team.