Dude behind the camera

Mixo is inspired by his father. He has managed to achieve a lot of things that he has set his mind on even after coming from a rough background.

In 2010 he represented Tshwane University of Technology, at the Microsoft Imagine Cup local finals and went on to be selected as one of six Microsoft Student Partners in South Africa. His work with Geekulcha has been profiled by the World Bank and Info Dev in the form of a case study and mini documentary video.

In 2014 he was nominated by SAINE as one of Tomorrow’s Leaders and became one of 30 Youth Villages’ Most Inspirational Young South Africans. Edgars featured him in their 2015 February Edgars Club Magazine edition.

In 2017 Mixo was selected as one of the Top IITPSA IT Personality of the Year.

Startup Weekend is a 54-hour weekend event, during which groups of developers, business managers, startup enthusiasts, marketing gurus, graphic artists and more pitch ideas for new startup companies, form teams around those ideas, and work to develop a working prototype, demo, or presentation by Sunday evening. Startup Weekend has grown into an organization with a global presence.

MTN App of the Year

The MTN App of the Year Awards is a champion of app development in South Africa; celebrating local talent and out-of-the-box thinkers that drive disruption and change.

The Water Research Commission (WRC) was established in terms of the Water Research Act (Act No 34 of 1971), following a period of serious water shortage. It was deemed to be of national importance to generate new knowledge and to promote the country’s water research purposefully, owing to the view held that water would be one of South Africa’s most limiting factors in the 21st century.

THE HACKATHON IS SET FOR: Solving technical problems in new and innovative ways. The approach of a hackathon is very constructive, and young programmers work to solve real problems and create a useful and tangible solutions during these events.

The Geekulcha Hackathon is an annual event that takes places for Africa developer ecosystem. It’s a 42 hours challenge that gathers different students under one roof so they can solves challenges using technology.

Do three things. Learn, create and share. Always be doing one of those three things, and you'll live a happy and fulfilled life. 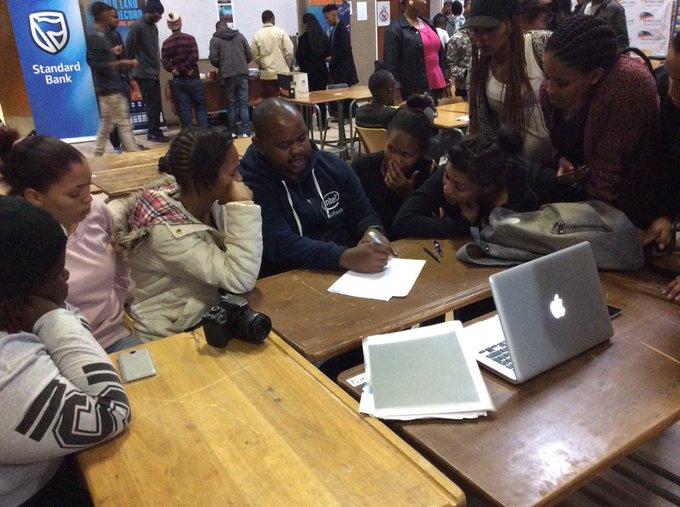 Mixo Ngoveni has been with Geekulcha since 2013 and has been leading the vision.

Get in touch with Geekulcha lead team.